The Legend of The Black Cockerel 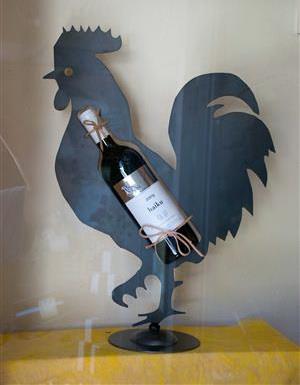 The two cities of Florence and Siena had been at war for hundreds of years, particularly over the territory known as Chianti. Eventually they decided to settle the matter once and for all by a particular method. At dawn on the appointed day, when the cock crew, a knight on horseback would leave each city and ride as fast as he could towards the other city. The exact point where they met would define the border between the two territories.

On the day, the black cockerel was in fact so hungry that it started crowing while it was still dark. The Florentine knight set off immediately, and covered so much ground that he was only a few kilometres from Siena when he met the Sienese knight, at a place called Fonterutoli, and so Florence claimed much the greater part of the Chianti territory.

Even if this story is just a legend, it is true that the Black Cockerel, or "Gallo Nero" profile was the emblem of the historic League of Chianti which governed this area from the beginning of the 14th century onwards.